The project was a total success and the contractor and design team will be using BlueDuct for underground projects in the future.

When the Architects designing the Memphis Zoo were tasked with designing a new habitat for Hippos with ”tiki-hut” type buildings in their design, the mechanical design team knew they would have to be going underground with the ductwork and air distribution system. The idea was to give the viewing area of this exhibit of the zoo the look and feel of wild Africa, with the comforts of air condi- tioning. The product used needed to be strong, dependable, long lasting, easy to install, and fully customizable for the application.

With FRP duct being expensive to in- stall and not easily customizable, and PVC coated galvanized spiral lacking the long life expected by the owner, the perfect solution was BlueDuct by AQC Industries. BlueDuct has be- come well known for superior perfor- mance for underground ductwork and being relatively new to the market was the first time the engineer had experi- ence with the product. The easy instal- lation using flanges or compression joints, much shorter lead time, and attractive pricing levels, made design- ing around BlueDuct an easy decision. In addition, BlueDuct offered training to help with the installation and even sent the tooling needed to assemble the duct. Every BlueDuct project is provided with detailed engineered as- sembly drawings for coordination and layout.

Lastly, due to the inherent strength of BlueDuct, the backfilling requirements were also reduced which benefited the General Contractor.

The complete install was done in just a couple of days with the slab and structure quickly thereafter. The Zam- bezi River Hippo Camp at the Memphis Zoo will open to the public March of 2016.

The project was a total success and the contractor and design team will be using BlueDuct for underground projects in the future. 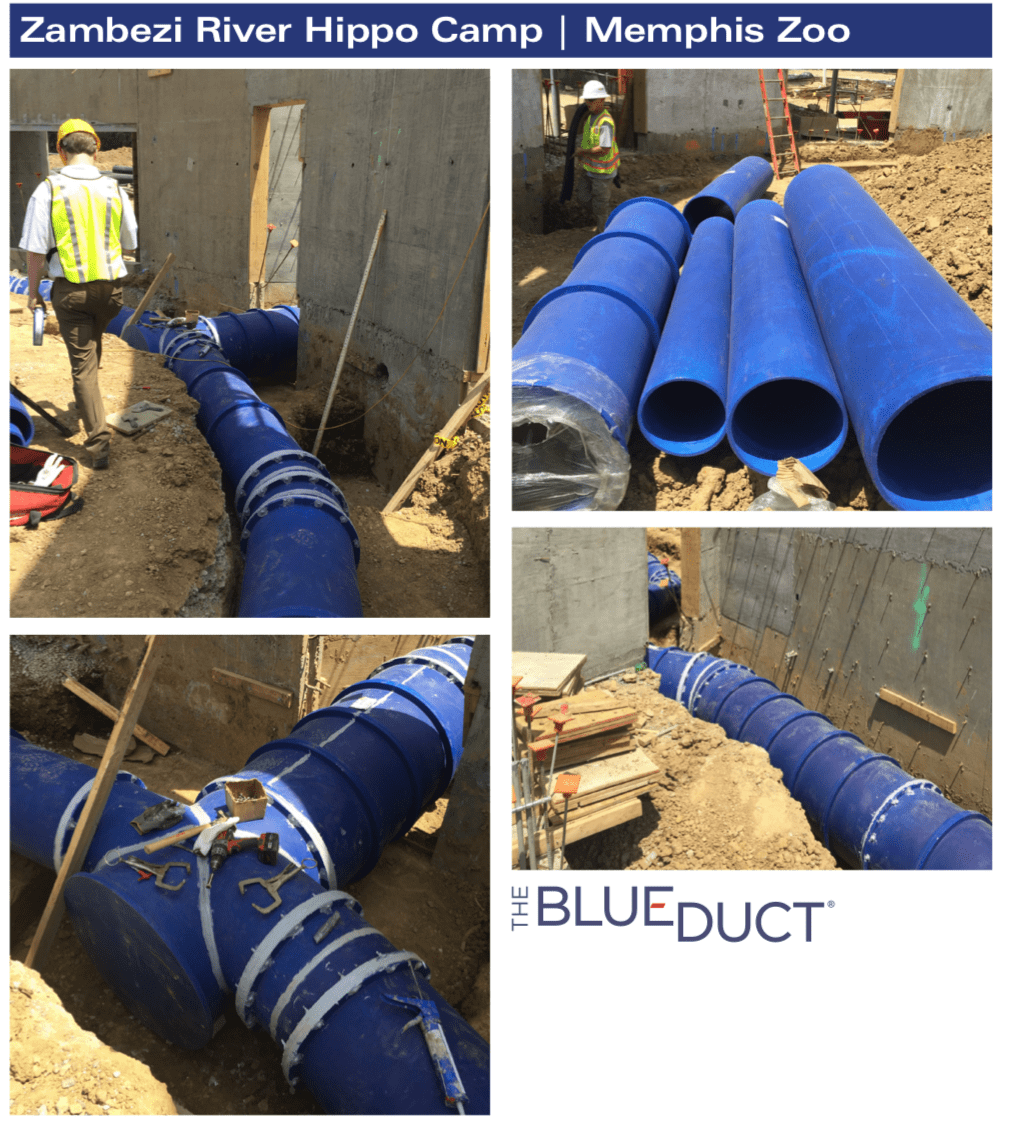